Join Katina, Rachelle, and Hu-Man and they navigate the dangers of Rigel-2 in order to deliver and important Diplomatic Parcel to and Ambassador. Fighting, flying, shooting, dancing, puzzles. This game has it all.

Part 1 of the Katina Saga. See Terror Aboard the Hermes and Children of Kraytor to follow Katina on more adventures.

Short and sweet intro to the saga! The one thing I would have wanted was a more climactic battle at the end! Give us a crazy flourish or something, like 4 more guards come in at end of battle and Katina does her Katina thing. Onward to play Terror aboard Hermes again! 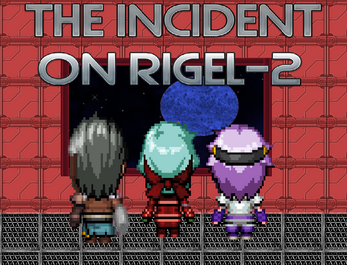